Comments Off on Quirky Little Rooster

Have I introduced you to our resident rooster #2? 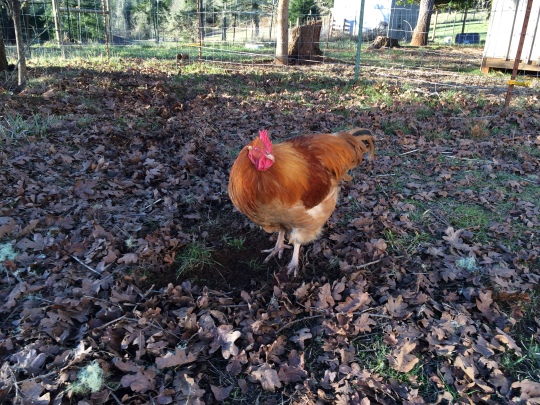 He is a great guy!  He understands the  importance of respecting the hens, and most importantly, respects Benedict…. 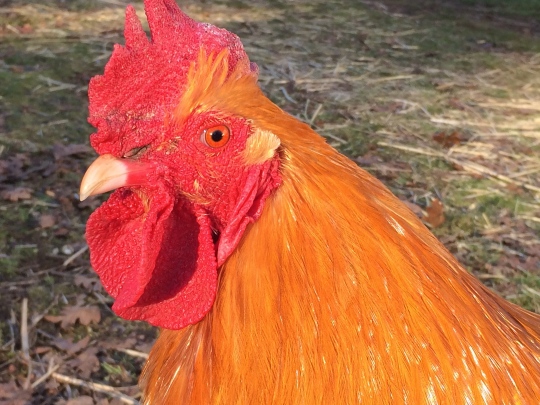 …..Hunch Back (aka Quasimodo!!)  Let’s call him Quasi for short so I don’t have to keep writing the longer names, LOL.  Quasi was hatched this summer along with three other chicks in the incubator.

About two weeks after that, our mama hen, Chardonnay, hatched a brood of three chicks.  We tried to offer Quasi’s brood to Chardonnay while she was still on the nest…that did NOT fly at all!!  Two of Chardonnay’s hatchlings became roosters, along with three of Quasi’s brood (including himself.)  Prior to these in late spring, we hatched seven chicks for some friends…three of those were also boys…it was the summer of little roo’s.

Quasi in the front.  Look at the position of his feet, and how his chest goes to one side.

Generally, our extra roosters, and those we have hatched for others (once they start crowing) end up in our freezer, or on the dinner table….

Pay no attention to the ugly butchering job on the tail-end!

….but not Quasi.  Once he started becoming somewhat bigger, we noticed that he was growing a little oddly.  His gate was a little unbalanced, and he seemed to be growing a bit sideways….off kilter.  He got around fine, and didn’t seem to be in any pain, so we took a wait-and-see attitude. 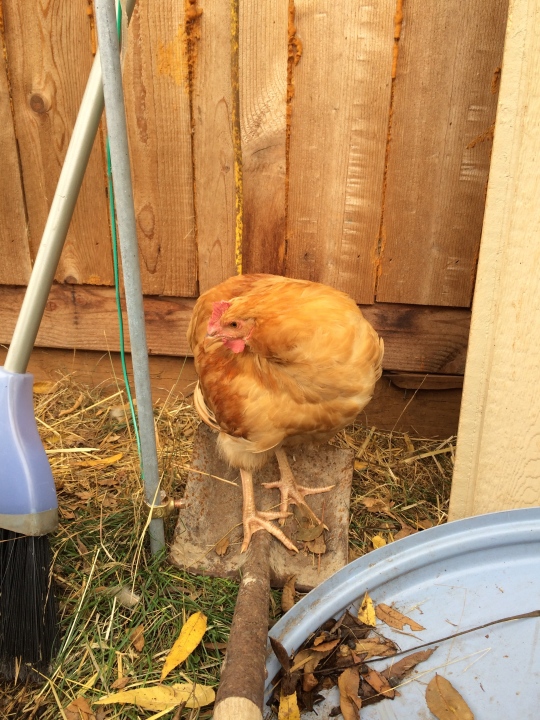 The flock accepted little Quasi, well, even Benedict welcomed him to eat with the hens.  As the other roo’s became roosters, Quasi wasn’t showing the normal signs of maturity.  He didn’t chase the hens, and he didn’t crow.  Benedict and the hens continued to accept him, so while the other roosters completed their lives in November/December, Quasi lived on. Check out the size difference between Quasi and Benedict.

Today, Quasi is still with the flock.  He is doing very well.  He has a funky walk, is still sideways, eats like a champion, is smaller than your average sized rooster, and has never uttered a single cock-a-doodle-doo!  Quasi has a hen who loves him….

…..and Benedict allows him that one hen.  It is a unique and kind of wonderful experience to watch how our flock has accepted this 2nd little rooster.  They never have allowed it before… 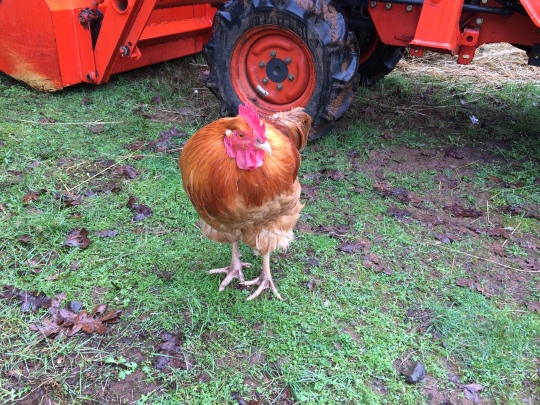 …..he is a unique bird, and we love him…he is a quirky little rooster.

I hope you had a wonderful weekend, and will have a fantastic week ahead!!

Your friend from Oregon,

And the Sun Emerges

Time to Take Off that Winter Coat