Last night’s sleep was pretty restless.  It felt like I wrestled all night with the logistics of the kids’ arrival.  Then, I had this dream….. 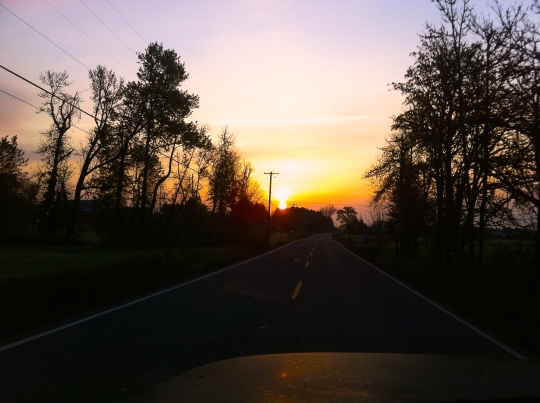 It started out with Tony and I wrestling with the thought of where to store the hay…yesterday we purchased, loaded, and hauled 10, 80 pound bales of Willamette Valley Grass Hay from our neighbor who is in the hay business….anyway…back to my dream….

….so we were trying to decide where to store the hay….time was running out, we had to go pick up the kids, but I hadn’t cleaned out the x-large dog carrier yet, nor put a layer of straw (or pine shavings) inside of it for them.  It seemed like nothing was in place…the gate to their “base camp” had not been hung, they had no water, and everything was still in the back of my SUV.  We had no time left we had to go.  I was flustered.  So we get there and the rancher already had the goats boxed and ready to go.  They were boxed up in a moving box.  He said, “Just leave them in here, and when you get home, put the box in the barn, leave, and then check on it in about a half an hour.  So we did.  When we went back to look, there was like this beautiful, glowing light in the barn (old chicken house) and lots of little animals….hedgehogs, burrowing prairie dogs, a small cat like cuddly thing that turned out to be a baby mountain lion (in no way did it look like a cougar cub), various miniature birds that looked like hawks, and seagulls, and two tiny, tiny baby deer…..spotted, and only about a foot tall.  But there were no goats…not one!!  I thought, “hmmmm…I need to get them some water” … and then my alarm went off.

Welcome little ones!!!  We picked up our two….no, three little kids from the rancher at Cozine Springs Ranch ( http://www.cozinespringsranch.com )  – never go to pick up animals with extra money in your pocket…hahaha…our plan was for two!  The fact is, we couldn’t split up the twins…they were bottle raised together, and are very sweet.  The brown one was raised with the herd going out to forage with mama from the beginning.  He will be a good teacher for the two bottle fed kids…they have a job to do. 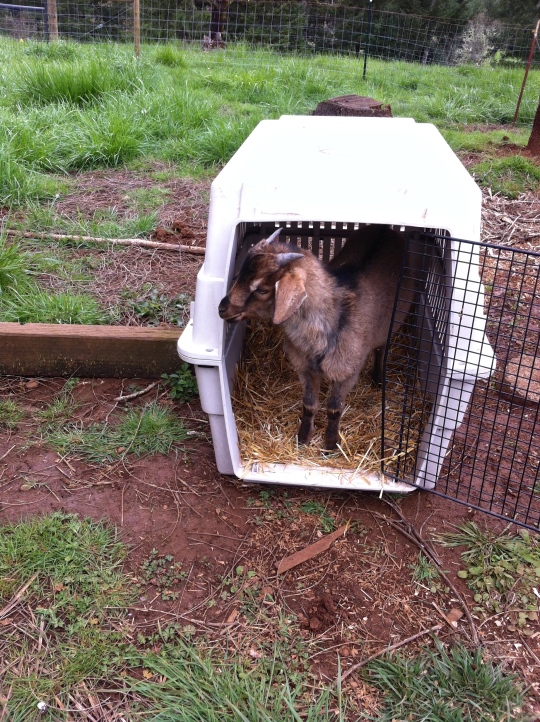 We carried the two bottle fed babies into their new enclosure, but the brown kid wanted a different kind of entrance.  He needed to feel out the territory first….then once he had feet on the ground…he checked out the hay….kept walking and started munching on a patch of grass….YES!!!  Exactly the job we need them to do.

Their names…..introducing….. Lott (as in Ronnie); Montana (as in Joe); and Clark (as in Dwight)…in that order!  Hence the need for their stadium…Candlestick Park II…in case you haven’t guessed, or just plain have no idea….it’s all about the 49ers…as in football that is. 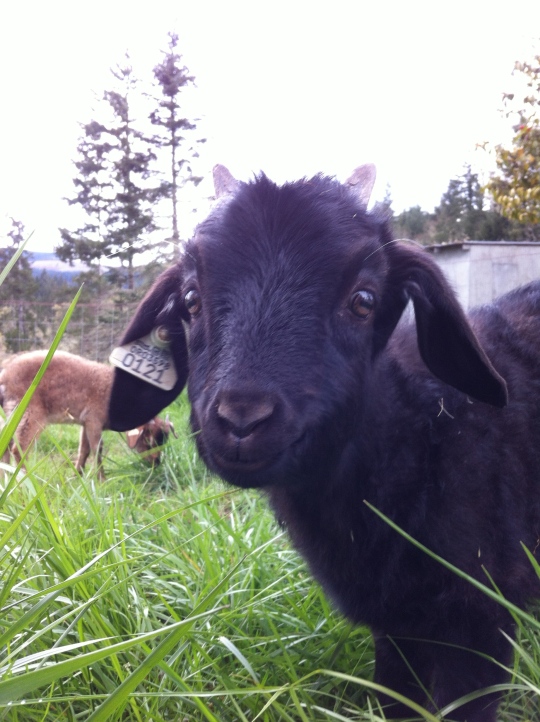 So there you have it….our introduction into the world of goats…livestock….growing this farm.  Will it be sustainable??   At some point will we start producing income, instead of sinking more money into it??  Will I ever have to mow again??  There is one answer for everyone of these questions….only time will tell.

I have found that this breed is nicer looking in person (or in goat in their case, LOL) and not as photogenic.  They are a rugged breed, the Spanish Heritage Goat….built for ranging outdoors most of the time, and in their enclosure only when they want to be…but not yet…they are too little, and fluffy, and cute.  How was their first interaction with Penni our Great Dane….that’s tomorrow’s story.

Thank you for helping us welcome the newest members to the farm, today.

I hope your day was wonderful!

Your friend from Oregon,