“I would rather sit on a pumpkin, and have it all to myself, than be crowded on a velvet cushion.” ― Henry David Thoreau

Okay, that’s pretty much true…unless I have a chance to sit on the couch and cuddle with this sweetheart…

…..uuuhhhmmmmm, I mean this sweetie…

As if scripted by a professional screenwriter, Autumn rolled in, in the form of the very familiar covering of ground level fog…in the SF Bay Area, it’s called Tule (Tooley) Fog.

I called the valley fog here in Oregon, Tule Fog once…..I got blank stares accompanied by a smile or two…hahaha…nobody seemed to know what I was talking about..hahaha! So, I don’t really know what to call it…I guess just fog..haha. I had no idea that that particular weather terminology was specific to California.

Rain is in the forecast, in fact, it drizzled much of the day, and has now rained throughout the night. So at the great advice of two of my friends from work (thank you Sabrina and Angie) I picked the rest of my tomatoes. Many were immensely green, but off the vine they came.

These will, hopefully, ripen in a paper bag, and be no less than the quality of a tomato bought in a grocery store. At least I will know that these were grown without pesticides, and unnatural fertilizers.

The corn stalks came down today, as well, to keep them from molding. I like to use them for outdoor decorating…they don’t usually last very long…the chickens like them too!

While we wait for the rain, Penni promises to keep watch over the tomatoes.

Thankfully, they don’t taste like blackberries…that bucket would be emptied by now!!

Looking forward to sharing this wonderful season with you….thanks for visiting the farm today! 🙂

Your friend from Oregon,
Tami

The Skies Have It

I’ve always been taken by the sky. If you think about it, there are no comparisons to any other type of canvas one can paint on. Within varying shades, the background remains virtually the same. The medium, however, varies not by content, but by texture, shading, brightness, and color. When the sky merges with, and becomes part of the skyline, the impact is even greater.

Growing up and living most of my adult life in the San Francisco Bay Area, we had a merging sky – skyline referred to as the Bay Area’s natural air conditioner. This would occur as the coastal fog would come inland enough to hang, literally, on top of the bay area coastal mountains, creating the appearance of huge waves. This meant the jet stream was coming inland from the ocean, bringing with it that cool air and fog that creates those iconic pictures of the Golden Gate. It’s spectacular!

The Golden Gate Bridge in fog. 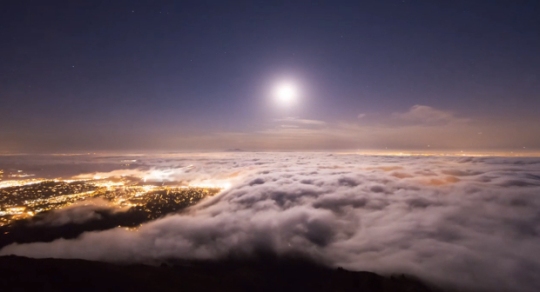 Unfortunately, in the absence of the fog, the skyline turns more of a brownish color rather than blue. Call it particles, or pollution…it totally detracts from the beauty of the canvas, however, creates some very wonderful sunrises and sunsets.

The skies of Oregon have been a welcomed surprise by the creative hand of the Master Artist. He paints a moveable, ever-changing display of undeniable beauty. In contrast to the Bay Area where so much of the majestic artistry compounds on the skyline, in Oregon, the sky gets most of His attention. It’s amazing, every time you walk outside, the canvas has been repainted.

These past two weeks or so, the sky has had some outrageously beautiful stories to tell, with the last couple of days expressing vivid beauty from pain. We’ve had the threat of thunder storms creating “ahhmaaazing” sunsets, culminating, yesterday, in Severe Thunder Storm Alerts on the radio and T.V.. all day warning of quarter sized hail, winds to 60 mph, 1/2″ to 1″ of rain, and ground to sky lightning. Imagine the attention those warnings got from someone, Me, who is used to seeing fog on the hills as a significant weather occurrence. (If you want to talk earthquakes, that’s another story.) Here are some photos of our incredible Oregon sky taken the past 2 – 3 weeks…and then a little video of a lightning storm (not mine, nor even from an Oregon storm…just a beautiful video.)

What a gorgeous sky!! 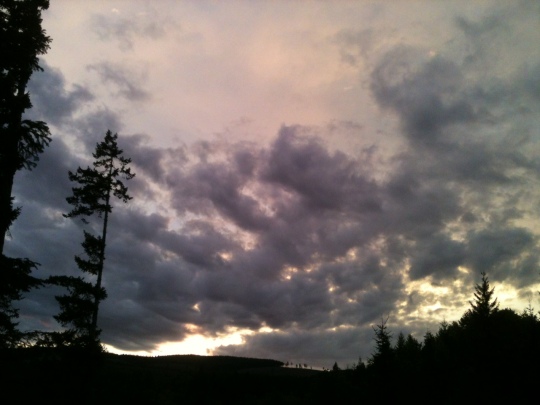 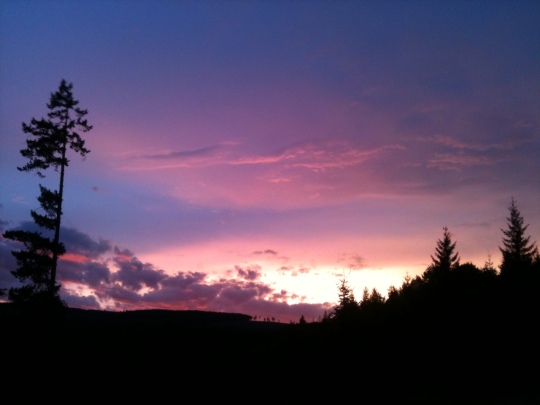